The Language of Flowers: History and Symbolic Meanings 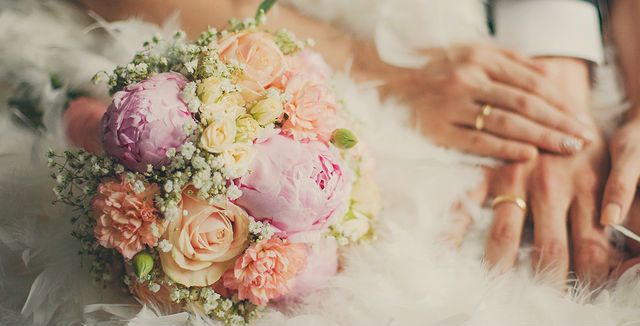 Have you ever given flowers to express your love or been given flowers? Then, you are not alone. Plants and flowers have been used through the ages to express emotion. We see impact in our modern-day from weddings and prom dances to funerals. Flowers and plants are given or used to express certain meanings.

In the marriage of Prince William and Kate Middleton, their flowers in their wedding had very special meanings. Let’s take a look at Kate Middleton’s wedding bouquet

Whether or not you liked the look of Kate Middleton’s wedding bouquet, you will love the symbolism that was behind each flower. If you don’t remember how it looked, the flowers were all white and traditional with multiple flowers woven together.

Lily of the Valley: The meanings of this flower comes from the Queen Victoria’s language of flowers. The lily of the Valley means trustworthy and might even mean return of happiness.

Sweet William: This one as a more obviously meaning as it bears the name of Kate’s groom. The technical meaning stands for gallantry.

Hyacinth: This one has two meanings. According to the language of flowers this one represents sport or play. The other meaning is “the constancy of love.”

Myrtle: This is a royal tradition to carry a spring of myrtle in a wedding bouquet. Each bride has carried this tradition since Queen Victoria. For the royals, the flower comes from Queen Victoria’s own 170-year-old garden. The meaning if this significant flower is the emblem of love and marriage.

History of The Language of Flowers

This concept of using flowers to communicate certain ideas for thousands of years. People have used flowers to send sentiments of love and affection. It was formally known as florioraphy- the language of love. People would arrange specific flowers to communicate a cryptological message. This practice was used in Persia and the Middle East as early as the Victorian Era.

In the 19th century, the interest in floriography soared in both Victorian England and the United States. The arrangement of blooms, plants, and specific floral arrangements allowed the sender to express their feelings which could not be spoken aloud in the Victorian society.

Tussie-mussies were small “talking bouquets” that people would wear or carried around as fashion accessories. They are also known as nosegay, or posy and have existed as early as the medieval times when they were carried or worn around the head or bodice. The term “Tussie-Mussie” came from the reign of Queen Victoria as they became a popular fashion accessory and used to send messages to the recipient. This has given birth to the modern day that we use corsages, boutonnieres, and bouquets.

The Language of Flowers in Literature

Another example that we see in literature is how plants and flowers are used as symbols in the Hebrew Bible like in the book of the Song of Songs.  One example is in chapter 2, verse 2 where it states, “I am the flower of the field, and the lily of the valleys. As a lily among thrones, so is my long among the daughters.”

With the many different “language of flowers” dictionaries published it is hard to decide which flowers were meant for what. For the list we have below, we have referenced The Old Farmer’s Almanac as it is the oldest continuously published periodical in America.

Here were some of our favorites from the list:

Using the symbolism of flowers or the language of flowers to communicate is a practice of old that we still use today. While some meanings have changed, we can still honor and use this practice. The ability to express love that is beyond words in the use of beautiful and fragrant flowers adds a layer of depth and expression.

The next time you would like to express your love to your beloved, your friend, or a family member, consider the meaning behind the flowers you are choosing. Be aware that for thousands of years that flowers and plants come to have special meanings that give you the opportunity to show your love, your affection, and gratitude. Mix your own bouquet together and have fun creating your own hidden messages. See if your friends can figure out what you are trying to communicate.

How Tree Roots Work: Purpose, Function, and How Systems Form

How to Promote Root Growth in Transplanted Trees