Have you heard of forest schools? Wonder if this type of school is a good option for your preschooler?

“Look deep into nature, and then you will understand everything better.” – Albert Einstein

Everyone knows who Albert Einstein is. I included his quote because we are more likely to pay attention to the man who single-handedly re-defined our understanding of the universe.

“Thousands of tired, nerve-shaken, over-civilized people are beginning to find out that going to the mountains is going home; that wildness is a necessity.” – John Muir

Who is John Muir?

However, do you know who John Muir is? The most famous of John Muir’s quotes is, perhaps, “The mountains are calling, and I must go.”

He is the man who made all of our national parks possible. He was the most important conservationist from the turn of the 20th century, and maybe in the history of our country.

“Passion is lifted from the earth itself by the muddy hands of the young; it travels along grass-stained sleeves to the heart. If we are going to save environmentalism and the environment, we must also save an endangered indicator species: the child in nature.”

Who is Richard Louv?

Richard Louv may have sparked a nationwide movement to get kids back into nature with his book Last Child in the Woods: Saving Our Children from Nature-Deficit Disorder.

I thought this quote was especially stirring, in light of the environmental protests happening all over the world.

Likewise, for them, we have to wonder: if no one spends time outdoors anymore, how will the next generation form a love of the environment?

How will we save something we don’t care about on a personal level?

These two words don’t exactly go together in our minds. School is a place for kids to stuff all the knowledge they need to succeed in life into their heads. And yet, our schools are failing.

American schools, in particular, are notorious for under-performing compared to the rest of the world. Our kids are more stressed out and medicated than ever.

European schools have been holding preschool and kindergarten in nature for a long time – over 100 years.

In the 1950s, Denmark and Sweden adopted outdoor schools as part of the Waldorf approach to early childhood education.

From there, it spread to Germany in the 1960s, where it has become mainstream. Germany has the most established formal outdoor kindergarten (called Waldkindergarten) in the world, with over 700 schools across the country.

The United Kingdom, Canada, Asia, Australia, and the United States have since become home to various types of nature-based outdoor schools.

Almost 100 of these types of schools operate in the US today.

What are Forest Schools?

Some forest schools are exclusively outdoors where kids don’t go inside in bad weather! They learn to tough it out.

The main idea behind forest school is to allow children to learn in a self-directed fashion.

There are no “teachers” the way we think of them. Instead, there are supporters who can help and encourage.

Embedded in this way of learning are supported risks, such as the use of sharp instruments, fire, and rail-free climbing.

In addition, of course, kids are free to get wet and dirty. They are encouraged to play in the mud, with sticks, rocks, and other animals and elements in a natural setting.

What is So Great About Forest Schools?

You might be thinking this type of school sounds like a big headache! Imagine a big group of 3 to 6-year-olds wallowing in the mud all day. Who has to do all the cleaning?

I don’t know who does the cleaning. However, I know that a critical part of why forest schools are the answer is executive function.

Executive function is crucial to helping humans regulate their behavior. It’s a set of mental processes our brains perform that help us plan, focus, remember, and juggle multiple projects.

Attention Deficit Hyperactive Disorder, or ADHD, can best be described as an impairment of executive function.

And guess what? Research shows that unstructured time in nature increases executive function.

Kids who struggle with ADHD and go to forest schools often learn better than at an indoor counterpart with a traditional model.

Furthermore, the decrease in stress levels experienced by everyone in nature can contribute to the recovery of a love of learning for these kids.

Here’s a list of some other benefits of forest schools:

How Can I Find a Forest School?

There may be more options in your area than you think. Mamookids.com has a U.S. state-by-state list of forest kindergartens with links.

There is a Free Forest School organization dedicated to enabling parent-leaders and volunteers to start a chapter in their hometown. You can even start a paying forest school yourself with full support from

Next, there is Wonderschool.com. It is almost like a franchise. They have focused their efforts on a few urban areas in the country.

However, it is an excellent resource for learning about how nature schools operate.

Many Waldorf or Charlotte Mason-style schools will likely incorporate nature play into their models, as nature study is a foundation of both of these methods.

Lastly, you can always organize a nature play or forest time with a group of friends. Just because it’s not “school” doesn’t mean it isn’t educational.

There are many benefits to being in nature. It turns out nature is a pretty good teacher for kids too.

How Tree Roots Work: Purpose, Function, and How Systems Form

How to Promote Root Growth in Transplanted Trees 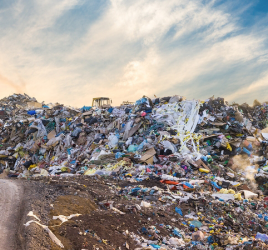