2015 Dirty Dozen List and What You Need to Know

Throughout recent years, there has been a movement related to the food we eat. With the more information available that we as consumers have, we continue to grow in our understanding and education that helps us to make healthy food decisions.

Each year, the EWG investigates which fruits and vegetables have the most pesticides on them so as consumers, we can make the best decisions about foods we eat. The EWG’s goal is to make your food as transparent as possible. They created a Shoppers Guide to help consumers. Buying organic food is expensive, so knowing which foods are the most contaminated with pesticides might help you as you decide which organic foods to buy.

The EWG encourages people to choose organic whenever possible, but they know many people are on a budget. They ranked 48 different food and vegetables by the amount of pesticides found on them. They also listed the top 12 foods that are most impacted by pesticides. The list gives the consumer an idea of what items are best to avoid.

According to the 2015 Report, for the fifth year in a row, the apple topped the charts as dirtiest produce out there. However, the apple is surely not alone in the amount of presides they contain. According to EWG, “Nearly two-thirds of the 3,015 produce samples tested by the U.S. Department of Agriculture in 2013 contained pesticide residues – a surprising finding in the face of soaring consumer demand for food without agricultural chemicals.” EWG continued to state that USDA tests found a total 165 different pesticides on thousands of fruit and vegetables samples examined in 2013.

A Few Highlights from the Report:

The “Dirty Dozen Plus” includes:

Why Does This Matter?

So why does the Dirty Dozen exist? What seems to be the big deal? Here are 5 key questions that you might have asked yourself already when it comes to this big topic of pesticides. While the research is still growing and we don’t know everything about pesticides, we can gather known studies and research to begin to get a clearer picture of how much we are impacted by pesticides.

As consumers, we want to make the healthiest choice for ourselves and our families. When it comes to our produce, we want to ensure that what we are consuming is as healthy and rich as it was meant to be.

Pesticides are being used to protect crops from pests, but in the process, can be added harm to those that consume the produce. With the report from EWG, as consumers, we are gaining a better understanding of our favorite produces.

While we know that it is important to eat mostly organic, most budgets don’t always allow for the high prices of organic. Knowing “The Dirty Dozen” gives us a helpful tool to know which fruits and vegetables should be avoided if possible.

So the next time to go to the grocery store, think about picking up a bag of organic apples instead of the non organic ones.

You can also choose to grow your fruits and vegetables organically. For tips on how you can do this, please see our Organic Gardening category of “how to” articles. 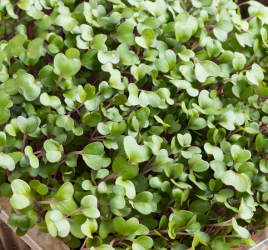