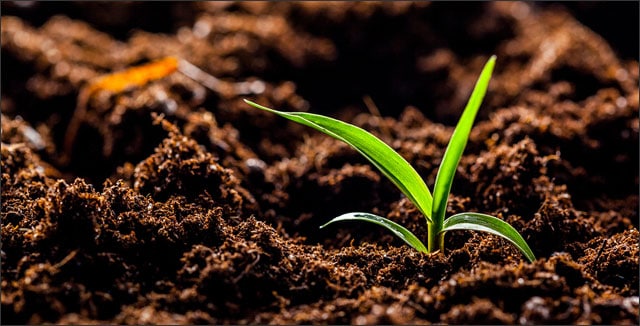 Companion planting is a method of gardening with a rich history as a proven technique for achieving a thriving garden.

By the time colonists came to the North American continent in the 1600s, the Iroquois had been planting three sisters gardens for hundreds of years. There is evidence to suggest that two of the three sisters – corn and squash had been grown together in close proximity for far longer than that, as beans were not discovered until about 1000 A.D.

What a fortunate discovery for early Native Americans. We now know that beans provide the nitrogen needed by the other two. This trio forms a perfect symbiotic relationship:

All three, when planted in the right variety, are harvested together in the fall and can be stored through the winter. All three, eaten together, create a balanced diet. It’s no wonder, then, that these three plants were considered sacred.

Another Mohawk myth has the three sisters as human sisters who loved each other. But they were very different in the way they acted and dressed. A boy carries them off one by one until he sees that they love each other too much to be separated and when they are together again they are happy.

By planting all three together, the Native Americans saved space in land which was hard to clear of trees and rocks. Planting these three together also ensured that the same plot was fertile from year to year. This is unlike ordered rows of the same plants from year to year the Europeans were used to seeing. At its best, European gardens or fields needed to be rotated every few years to prevent soil depletion.

It didn’t take long for European settlers to make corn, beans, and squash a staple of their diets. Companion planting has been successfully used in this country ever since, even when the plants have changed over time.

You can use three sisters gardening ideas to save space and to sustainably use your plot of land.

We don’t usually grow maize, which is corn that gets harvested and stored dry for making flour. Generally, the corn we are interested in growing is sweet corn, which harvested before it has fully matured.

Likewise, the peas you may be interested in planting are green snap peas. They are meant to be harvested when they are green. Planting this kind of corn, beans, and squash in close proximity can limit your access to the ones needing to be harvested earlier in the season. However, there are easy ways to swap out plants and still get the benefits of companion planting.

Think of a three sisters garden as being layered. Two or more layers are necessary to reap the benefits of companion planting.

Traditionally, the upright layer – which should be planted first – is corn. If you want to do it the way the Native Americans did it, look for an heirloom variety. Start thinking more about soaking and grinding the harvested corn instead of eating it tender.

That way, the squash plants will be safe from being trampled all growing season. It’s impossible to step among them without doing damage to the growing squash plants. This is actually one of the great things about companion planting. A prickly squash like spaghetti squash can protect the other two plants from being pillaged by raccoons, who don’t like to step on the spiky plants.

Think of your three sisters garden as more of a small field. To get the most out of it, you would need about ¼ of an acre.

It’s important to make sure the upright crop has a chance to start growing before the climbing crop gets planted. Beans can be very aggressive during their peak growing season.

Heirloom corn needs to be planted in little hills of 1 foot high by 4 feet across. If you want to fertilize your soil first like the Native Americans, you can plant 6 corn kernels in each hill – 1 inch deep, 10 inches apart, in a circle about 2 feet in diameter with fish scraps or wood ash after the danger of frost has passed.

If sweet corn is your desire, a hybrid sweet variety with an heirloom dry bean can be paired with a space-saving squash for smaller plots. This is especially desirable if you plant the squash only around the perimeter of the whole plot.

Sunflowers and bush beans make great companions. Sunflowers are wonderful upright plants and provide a great crop at the end. They can be used in place of corn for the traditional three sisters scheme.

There are many other ways to make the plants you wish to plant into companions. There are many herbs which, because of their strong smell, act as repellents to bugs or mask the smell of more desirable plants, confusing the bugs.

Dill and basil can protect your tomatoes from tomato hornworms. In addition, sage planted along with cabbage can reduce cabbage moth problems. Marigolds are the gold standard of insect repellent. They can help protect almost any crop from pests when planted around or nearby.

If you plant Nasturtiums near your crops they can act as a decoy, attracting aphids who favor them above everything else. Carrots, dill, parsley, and parsnip attract beneficial bugs that eat pests: praying mantises, ladybugs, and spiders.

Quick-growing and early harvested plants such as lettuce and radishes can be grown between melon or winter squash hills because they won’t be competing for the sun at the same time. Leafy greens like spinach or Swiss chard can grow happily in the shadow of corn, and bush beans tolerate the dappled shade of corn very well and don’t compete at the root level for water and nutrients.

Even if you don’t want to plant a traditional Native American garden this year, making use of the natural properties and desires of plants by companion gardening to ensure that you use your land well and yield great results all season long.