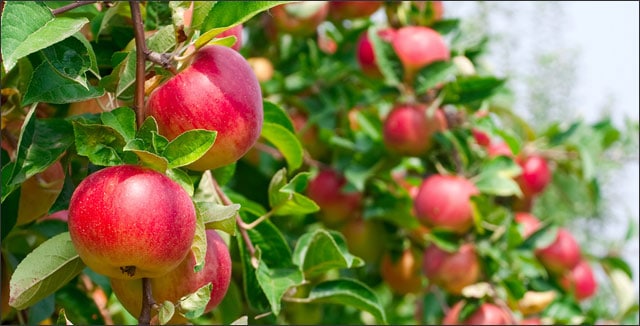 How many of us were actually listening when we learned about flowers and reproduction in grade school science class?

Most people probably have a vague memory of how it all works – pistils and stamens, pollen and seeds and all that – but not until you try your hand at growing plants does it really start to add up.

Simply put, if you don’t have pollen, you don’t have plants. When we talk about pollinators – the birds, bees, and insects that transfer pollen from one plant to another – we are actually talking about the survival of the planet.

Plant life is the basis for all life. There may be several reasons why your plants are failing to produce fruit. A lack of pollination could be one reason – and that could spell trouble for the future of the world.

To start with the most basic question, what is pollen? We are more familiar with pollen as the substance that can cause allergies at certain times of the year, but where does it come from? What is its function?

Pollen is a powder made up of microspores. You have seen pollen if you’ve gotten an Asiatic lily from the florist that still has its stamens intact. The microspores are made by male plants.

Did you know that most plants come in male and female form? Pollen carries the male gametes or reproductive cells of seed plants. Conifers (plants whose seeds grow in cones, like an evergreen tree) are seed plants as well as most of the flowers, fruits, and vegetables we grow and consume every day.

One of the most basic ideas for all plant life that we might just miss in this modern time is that all plants are hardwired to reproduce. That is their whole function and “goal in life.”

That means all plants have evolved to get that work done to the best of their ability. The color and aroma of a flower has its purpose in attracting pollinators: “look at me! I’m a good place to lie down and have some yummy food.” This is so the plant can effectively reproduce.

Here is what happens when pollen gets where it’s going. That’s called germination. Germination is simply the process by which some plant life in embryonic form: a seed, a spore or a grain of pollen grows into the plant it was meant to be.

Interestingly, pollen grains and seeds are both severely dehydrated before being released. This makes it easier for them to disperse – they aren’t sticky.

Pollen grains have a protective coating around several cells. One of the cells contained in each pollen grain is a tube cell, if the grain lands on the stigma of another flower of its species, it takes up water from the stigma and the tube cell elongates into a pollen tube.

The pollen tube grows toward the ovule (the structure containing the female cells) and discharges the sperm. The ovule, once the female and male cells meet, turns into a seed.

Here’s where it gets interesting. Some species of plants self-pollinate. Most plants carry both male and female reproductive organs in their flowers.

However, there is a high risk of inbreeding and weakening of the plant’s seed if this happens. Some plants have created a way to control self-pollination using molecular signaling between the stigma and pollen. In these plants, the stigma can recognize the pollen from the same plant at a molecular level and prevent it from germinating.

Cross pollination happens between two plants of the same species, either relying on being carried by the wind or on the wings of birds and insects. Birds and insects pollinate unintentionally – they travel around from plant to plant, drinking nectar or just landing, and leave bits of pollen from other flowers.

Cross pollination is preferred in the plant world. It makes the seeds of the new plants stronger, taking traits from each plant to make hardier offspring.

Why a Plants Fail to Produce Fruit

There are several reasons your plant may not be fruiting. First of all, it should go without saying that if your plant doesn’t bloom, it won’t fruit. For early blooming plants like fruit trees, too many blooms may have been killed by a late frost to make the tree able to produce fruit that year.

In addition, too much shade may keep a plant from producing fruit, as well as poor nutrition. If you are having this problem year after year, you may want to get a soil test done to see how you might remedy that situation.

However, some gardeners have the opposite problem and don’t know it. Too much nitrogen will make your plants lose their blooms after they form. It happens with tomatoes and cucumbers but can happen to any vegetable.

You have to keep track of every source of nitrogen you put on your garden. If you think you haven’t used too much fertilizer, make sure you’ve counted manure, compost and any spray fertilizer you may be using.

For example, if you use Miracle-Gro every week on top of manure and compost, you could just be drowning your plants in nitrogen. The good news is, stop using the Miracle-Gro and most of your plants can recover and outgrow it.

You want to make sure your plants are getting pollinated. How can you do this without sitting in your garden micromanaging each pollen transfer?

In conclusion, pollination is a fascinating and intricate process. It is amazing that it happens so reliably, again and again every year when the process relies so heavily on other unpredictable natural forces. And yet, the process really does work. We reliably get fruit and vegetables and flowers every year.

How to Attract Pollinators and Pest Eaters to Your Garden