Winter Thaws and Trees: Will It Hurt a Tree to Bud Too Soon? 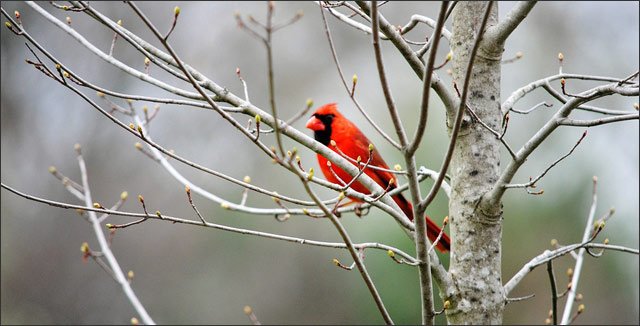 This past Saturday, January 21st, the temperature hit a near record high for January in Michigan – 57 degrees Fahrenheit. Whenever temps hit this high in winter months, I always start to think about climate change and what it will do to the trees.

In Michigan, we’ve also had a couple of weeks of 40 degree weather, instead of the average 30, and rain almost every day. To me this feels like spring weather.

What does it feel like to my trees? If you, like me, have been walking around outside and noticing many of the trees putting out their buds, you might be starting to worry about what will happen to your trees if (when most likely) the below-freezing temperatures return and kill those little buds right as they start to bloom.

Not the First Year

This isn’t the first year in the last decade we have hit near record highs and had consistently warmer weather than usual. An article from 2012 addressing concerns by Minnesota gardeners who were experiencing record highs in January and seeing the trees start to put forth buds.

If you lived in the Midwest that year, you might remember the extremely mild winter we had and how quickly the weather heated up that summer. In some places it reached 99 degrees Fahrenheit by Memorial Day weekend.

In Michigan already this year, we’ve hit a record: December 26th had record-breaking highs in several places. It seems that record-breaking weather patterns are more frequent and probably here to stay. Last year’s winter of 2015-2016 was one of the warmest on record. Though the Climate Prediction Center has predicted a harsher winter for this year, Michigan meteorologists predict we will get a variety of weather – cold, warm, rainy, snowy and everything in between. So far, this has been the case.

In the past week, I have seen a magnolia, a cherry tree, and a maple tree beginning to bud. All trees have buds through the winter. You may not notice them under snow, but they actually do start to push out in the summer while the tree is gathering the most energy it can through its leaves before it goes dormant at the end of fall.

Early blooming trees like magnolias and rhododendrons set their buds on old growth in this way. Other woody plants like maple trees set their buds on old and new growth. Once the leaves fall off, if there’s no snow, you can see the buds in little groups on the edge of each of the twigs. What you might be noticing are the buds themselves beginning to swell. They aren’t just now appearing, but if they’re more noticeable, that’s why.

An individual day of warm weather or a streak of days above freezing in the middle of winter probably won’t make much difference to a tree itself. This both is and isn’t the same as that dreaded spring frost – if you are a gardener and you’ve ever put in vegetables or flowers too early, or had early-blooming crocuses, daffodils or tulips you’ll know what I’m talking about. For the most part, that frost has killed the green parts of your flowers and you won’t see any more blooms this year.

Trees are slightly different from small flowers in that the plant itself probably won’t be affected too badly by a mid-winter thaw – with the exception of fruit trees, whose fruit can be affected quite drastically by this type of thaw, and not in a good way.

All trees go into a dormant state as a normal part of their life cycle every year. In fact, they all need a certain period of cold in the dormant season to break out of dormancy in the spring. A prolonged exposure to temperatures between 20 – 50 degrees Fahrenheit is what tells a tree to, in essence, reset its clock. Once those numbers of hours are “logged”, the tree is at the threshold of budding and will flower when the first warm temperatures start to hit. This happens in a spectrum and it varies between species, between individual trees and geographic location.

The Problem With Winter Thaws

The problem is when temperatures fluctuate so rapidly – cold, warm, cold. To some extent, trees that are native to the Midwest, for example, will know the pattern and not get tricked. Maybe the odd maple tree will start to send out shoots that get killed in the next frost, but usually they don’t.

It’s a running joke with Midwesterners how crazily temperatures will fluctuate in a given week or even in a day. However, climate change may be breaking those weather patterns or making them more severe than they were even ten years ago.

Trees are such complicated organisms and their lifespan is so long that to see how a certain fruit tree will do under stressful conditions may take 20 years, in which time the climate may have started to change, from the perspective of a tree, even more drastically.

For a tree like a maple, having logged their roughly 2,000 hours of exposure to cold, that 60 degree day could trigger a few shoots that get ruined by the next frost and it’s no big deal. The tree will cut its losses and send out new shoots the next time.

The big trouble for these kinds of trees is likely to be rising temperatures overall. Deciduous trees could conceivably never come out of dormancy if enough cold days aren’t logged. That level of climate change could be way down the road, but again, from the perspective of a tree, maybe not.

For fruit trees, however, a warm day in the wrong order could be disastrous. According to Grist, climate change contributes to buds breaking at prolonged intervals and irregularly, flowers not opening, pollen not germinating well, and ovules not getting fertilized strongly enough – any of which leads to no fruit. In addition, it has the potential to affect many different kinds of fruit and nut trees upon which we rely for our most popular kinds of fruit.

What do you think? Have you been concerned by your trees starting to bud this early? Have you had experience with your fruit trees not producing? 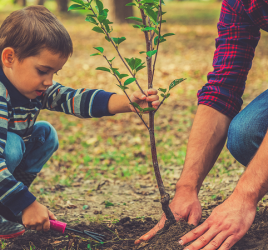 Fast Growing Trees to Plant in the Fall 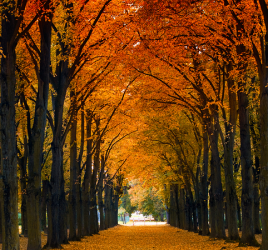 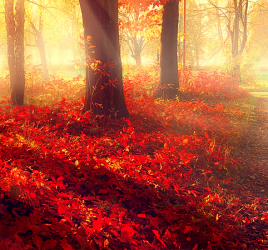 Trees With The Strongest and Deepest Roots