The Zero Waste Movement: It’s Not (necessarily) What You Think

Like many typical Americans, you have probably heard the term zero waste and passed it by.

Maybe you have remembered how Sweden has almost stopped producing trash and wondered distractedly how they pulled that off.

Or maybe you took a quick mental journey around your house and thought, “no way,” as I did initially.

You can get going on a major guilt trip if you think for even a few minutes about how much stuff you’re sending to a landfill. I think that’s why many people prefer not to think about it.

Did you know the average American produces four pounds of trash per day? We have written here before about the world’s trash crisis and how plastic is ruining the environment and killing many marine animals.

The problem is that for several generations now, Americans have come to think of this trash-producing consumption as normal. Some of it you can’t help – like how companies started operating on the idea of “planned obsolescence,” so your washing machine breaks down in five years and isn’t made to be repaired.

The practice drives sales. Not everyone can buy a washer from 1962 and learn to fix it themselves. There wouldn’t be enough of them in existence even if everyone tried.

In a foundational sense, zero waste has everything to do with the choices we make as individuals, and that’s where the movement begins. The term “zero waste” is a misnomer.

It’s not about being a perfectionist, making all your own clothes, or never eating another candy bar. It’s about using your choices as consumers to be counter-cultural and demand something different.

Eventually, the market will respond. The fact that there are zero waste shops is a testament to that fact.

However, it is also about reducing or eliminating the waste you recycle or put into the landfill.

A Quick Word About Landfills and Recycling

Because American culture became such a throw-away culture almost overnight with the invention of plastic and the economic boom of the 1950s, the generations raised in this era are used to throwing things away.

We buy our trash in the form of packaging, single-use plastics, and fast-food containers. Then, we pay to have it hauled away.

Taking the added steps to wash and recycle our trash seems like a lot of work for many people. It also serves to convince them they’re already doing their part for the environment.

Recycling, however, is not a long-term solution especially if we’re talking about plastic.

According to the popular zero waste blog, www.goingzerowaste.com, plastic only has a 9% recycle rate.

Americans consume 2.5 million liquid-filled plastic bottles every hour. Every. Hour. Only 27% of them are recycled.

In addition, even then, plastic can only be down cycled, unlike glass and aluminum. Many single-use plastics can’t be recycled. Like plastic straws. Styrofoam coffee cups are thrown away at a rate of 25 billion per year.

And plastic that escapes landfills or is disposed of improperly finds its way to the ocean. According to the United Nations Ocean Conference of 2017, “Plastic waste kills up to 1 million sea birds, 100,000 sea mammals, marine turtles and countless fish each year.”

Just think of how much Americans could change if they stopped using plastic bottles only.

So, what about plastic that ends up in landfills?

Plastic that ends up in landfills, as with all things that end up in landfills, doesn’t break down. After cigarette butts and plastic bottles, landfills are full of organic materials that produce methane gas.

Sometimes methane can be used for energy to lessen its impact on the environment, but on its own, methane is a heavy-duty greenhouse gas, and it’s contributing to global warming.

If you spend any time looking into the zero waste movement, which I encourage you to do, you will probably think two things. The first is that it would be relatively easy to switch many of your everyday practices for sustainable ones.

The second is that many of us grew up around people who lived through the depression.

If you had grandparents who lived through the depression or who were brought up prior to 1950, you have been in touch with a generation of people who lived with less stuff, used what they had and didn’t buy things they planned to throw away.

So for you, this way of life can seem doable, within your reach and maybe even nostalgic. No one wants to ruin the earth.

However, even though previous generations were much more frugal, there was no circular economy. A circular economy is the desire and goal of the zero waste and it’s bigger than just cotton produce bags.

Right now, we live in a linear economy. We take earth’s finite resources, make them into products, and then throw the trash into a hole in the ground. It’s unsustainable.

Have you heard about Earth Overshoot Day?

The earth’s resources can be used to produce only so much per year, sustainably. We have gotten to the point where we are producing almost twice the amount the earth can sustainably handle each year.

In other words, there comes a day each year where we’ve reached the amount earth can handle for the year. Every day after that is taxing the earth’s future. In the year 2000, this day fell in late September. In 2018, the day fell on August 1.

The whole way we are conducting commerce has to be re-thought. Products have to be designed to be reabsorbed back into the manufacturing process.

Conclusion: What You Can Do

Pollution, landfills, trash – it’s such a huge problem it sometimes feels like there’s nothing one person can do.

The zero waste movement doesn’t deny that, and neither does it demand perfection – actual zero waste. You can get involved and make simple changes in your life that can make a huge impact. Zero waste is unattainable, but sustainability isn’t.

How are you making a difference? Please share your thoughts in the comments below. 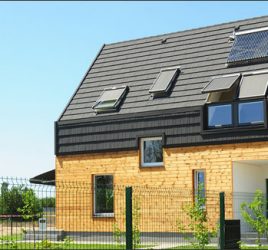