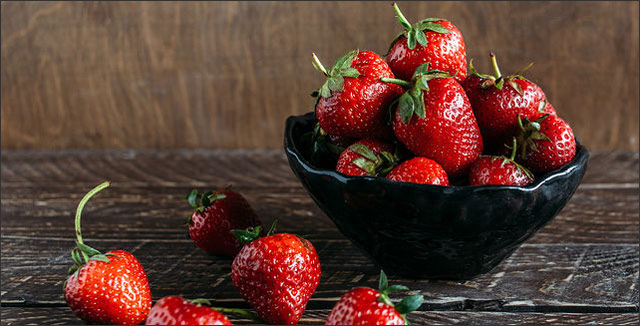 More and more Americans want their food to be free of synthetic chemicals. Pesticides have been linked to cancer, decreased cognitive function, and behavior problems in children. In addition, children and infants are more vulnerable to the impact of pesticides.

Thankfully, the EWG’s Shoppers Guide to Pesticides in Produce conducts a study each year to help parents make informed choices for themselves and children’s food. This study helps parents make informed, researched based, decisions when it comes to their produce shopping.

Their studies have played a vital role in the passing of the Food Quality Protection Act in 1996. This was a law that gave the Environmental Protecting Agency the regulatory authority to ensure the pesticides used in our food system are not harming our most vulnerable populations – infants and children. Their research sadly found pesticides in baby food and weed killers in Midwesterner’s tap water.

The EWG’s annual Shoppers Guide to Pesticides in Produce Dirty has been a study that has been done every year since 2004. The purpose of the study is to rank pesticide contamination of the most 48 popular fruit and vegetables.

The Department of Agriculture and Food and Drug Administration take more than 35,200 samples of produce and test them for pesticides. It is important to note that the fruit and vegetable samples are tested after they have been thoroughly washed.

The results have produced the famous – Dirty Dozen list.

The Results of EWG’s Study: The 2017 Dirty Dozen List

The Dirty Dozen List is a list of the top 12 fruits or vegetables that contain the most pesticides. This is a list that is produced by the EWG’s annual Shoppers Guide to Pesticides in Produce. The list helps buyers that cannot always purchase organic produce due to cost or accessibility make healthy and informed choices. The list allows for buyers to avoid the fruits and vegetables that are most contaminated by pesticides.

In addition, the study found that nearly 70% of samples of 46 types of conventionally grown produce contained pesticide residue. Furthermore, there were 178 different kinds of pesticides on thousands of produce samples that were analyzed. Even when produce was washed, and in some cases peeled, the pesticides were still present on the fruit and vegetables.

One the other end, the EWG’s Annual Shoppers Guide to Pesticides in Produce also provides consumers with the top fruits and vegetables that are least likely to be contaminated by pesticides.

Pesticides are a substance used for destroying insects or other organisms harmful to cultivated plants and animals. There are currently thousands of pesticide products registered for use. While they are helpful to protect plants from certain pests, they can be extremely harmful to humans if ingested.

According to the EWG, “In 2012, the American Academy of Pediatrics issued an important report that said children have “unique susceptibilities to [pesticide residues’] potential toxicity.” The pediatricians’ organization cited research that linked pesticide exposures in early life to “pediatric cancers, decreased cognitive function, and behavioral problems.”

The American Academy of Pediatrics Recommendation

When it comes to infants and children, parents want to do everything they can to protect their children, especially when it comes to the quality of their food. The American Academy of Pediatrics recommends EWG’s Shoppers Guide to Pediatricians. This study helps doctors provide their patients with informed and researched based advice to help parents when it comes to understanding the foods that are most impacted by pesticides. This powerful information helps parents to avoid foods that can harm their children.

Dr. Philip Landrigan is the dean of global health and director of the Children’s Environmental Health Center at Mt. Sinai School of Medicine. He was the principle author of the 1993 National Academy of Sciences study, “Pesticides in the Diets of Infants and Children.” Dr. Philip Landrigan stated,

“Even low levels of pesticides exposure can be harmful to infants, babies, and young children, so when possible parents and caregivers should take steps to lower children’s exposures to pesticides while still feeding them diets rich in healthy fruits and vegetables.”

In addition, Dr. Chensheng Alex Lu, a nationally recognized professor at the Harvard T.H.Chan School of Public Health, stated that “Research that I and others have conducted shows children can dramatically reduce the pesticides in their bodies by eating organic fruits and veggies, or those conventional versions that regularly have far fewer pesticides residues.”

Where to Go From Here

When it comes to clean eating, the EWG’s annual Shoppers Guide to Pesticides in Produce, provides pediatricians and parents with the information to make smart consumer choices. While we know that when one eats more organic produce will have exposure to fewer pesticides, we also know that parents do not always have access or the ability to afford organic produce.

This is where the EWG’s guide is a valuable resource. For example, when a head of cauliflower is $4.50 for organic and $2.00 for non-organic, parents can feel good about not buying the organic option based on the EWG study. This list gives parents the freedom to make smart and healthy choices for their children. Consumers deserve to know what is in their food, and the EWG has helped make that possible.