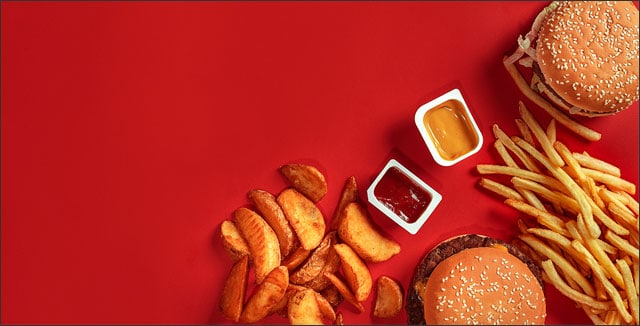 The term food deserts has made it into the common language of many American citizens as the conversation about health and obesity have come to the forefront.

Heart disease kills 598,000 people a year. Cancer kills 575,000. Many more are affected by the other diseases obesity causes.

The causes of obesity are much bigger and broader than we can talk about in one article. However, there is no getting around the fact that healthy food is one of the biggest predictors of having a healthy body. In addition, a steady diet of unhealthy food contributes greatly to obesity.

Studies show that the populations most likely to be affected by obesity and to suffer from obesity-related diseases are overwhelmingly minority populations – African American and Latino.

Additionally, they are more likely to live more than a mile away from a supermarket.

Thus the term food desert was born. Actually, the term came to be used in the 1990s as a result of studies done in western Scotland. Residents of public housing developments were suffering from poor health due to not having access to nutritious food.

In America, we do have that problem. Detroit has been called one of the worst food deserts in the country. Until 2013, when Whole Foods Market opened in Detroit, there were no chain supermarkets in the city at all.

The term “desert” conjures an image of people wandering around going hungry. Not getting enough to eat. Advocates for doing away with food deserts are doing admirable work, like the organization Gleaners in Detroit, or Food On The Move operations in several cities throughout the country.

However, the bigger problem, according to this article from The Atlantic, is what is starting to be called “food swamps.”

Food swamps don’t just have an absence of grocery stores. What are filling those gaps are fast food restaurants, convenience stores, and liquor stores.

Even if some of those places do carry some healthier options, most of the time there are more unhealthy options than healthy ones.

Remember how Detroit was often touted as one of the worst food deserts in the country? What’s interesting is what is driving that language. The presence or relative absence of major chain grocery stores in city limits.

In addition to it not being a very good correlator to obesity, the term food desert would never have described Detroit. This is because Detroit has always had many smaller grocers.

Figures published in the last 10 years show that Detroit has between 70 and 150 full-service grocery stores in the city. Just not major chain grocery stores.

In fact, according to the Atlantic article, nutrition advocates aren’t all that enthusiastic about chain grocers as providing the healthiest options for residents of food deserts. They tend to have plenty of cheap candy and pop for sale and sell it aggressively.

The other factor making Detroit an outlier with regard to food – in many senses of the word – is what has driven its demise over the last 20 years.

The population died. People left. Vast acres of land in the city went unused and homes and buildings that were derelict had to be torn down. This left whole lot of green space and not a lot of oversight.

Today, in Detroit, if you drive south or east from some of the more affluent suburbs into the city, you will drive through a ring of dereliction and burned buildings until you get into the heart of the city. Once you get there, you will find one of the best places in the US to eat and drink. In addition, many of the restaurants buy local – extremely local.

But What About The Poor?

Obviously, the people most likely to be affected by a food swamp are the ones who can’t afford to eat at the trendy restaurants popping up all over the city.

Los Angeles found out the hard way that you can’t stop obesity by changing policy to keep fast food out of poor areas.

In 2008, South L.A. banned construction of any new stand-alone fast-food restaurants in an area with 700,000 residents. It didn’t close existing fast food restaurants.

This was combined with an initiative to encourage healthier supermarkets to take their places. It was the first policy of its kind – enacted with the goal of trying to curtail obesity.

Not only did obesity not decline in the 7 years between the policy change and a study done by the RAND Corporation, it increased from 63% to 75%. And fast food consumption increased as well.

According to an article in The Atlantic, it’s not the presence of a supermarket, but the relative price of healthier food that is to blame. There is also the fact that the healthiest food doesn’t hold a candle to the fast food options in terms of how easy it is to prepare and eat.

If anything can be said about the agricultural revolution happening in Detroit, it’s that it isn’t just politicians handing down decisions to the poorest of the poor.

The people starting these gardens and farms inside city limits are some of the city’s poorest – or they were. And they were finding creative ways to hold on to their city.

The Green Grocer Project was launched in 2010 with $500,000 to help existing full-service grocers and to introduce local residents to the grocery stores they might not have known were there.

SEED Wayne is a community sustainable food organization out of Wayne State University.

And Fresh Corner Cafe opened in 2011. It supplies fresh, healthy, and affordable meals to those previously only served by corner stores and liquor stores. This store started as a school project, bringing healthy alternatives to corner stores and then opened its own location.

In conclusion, one reliable takeaway here is that when you care about something the possibilities are endless. Whether it is good food, the place you call home or working with your own two hands to grow food.

A city’s biggest disaster could become its salvation. Food deserts and food swamps are not a problem that can be solved by changing the law. Real change, like gardening, has to start from underground and work its way out.