The History of Roses: Roses Throughout The Ages 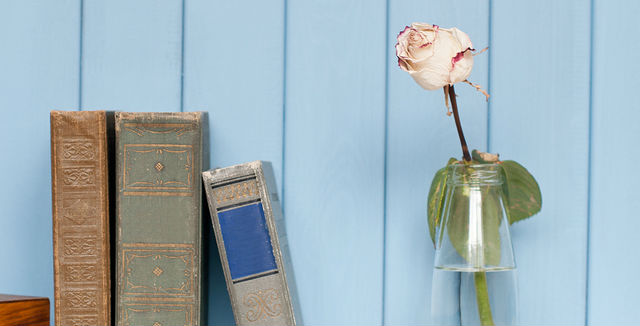 Roses are one of the most famous of all garden shrubs throughout history. Humans throughout the ages loved and valued the Rose. According to fossil evidence, the rose dates back to 35 million years ago.  Through the years the rose has been symbols of love, beauty, war, and politics.

Literature is filled with references to roses including: Christian, Confucian, and Buddhist religions. Documents can show that many early civilizations including Egyptians, Chinese, Greeks, Romans and Phoenicians all knew the rose and even extensively cultivated them as early as 5,000 years ago.

The Rosa Nutkana was the first very first rose and known for its simple flowers and the strength to thrive where no other plant will. They predate humans by thousands of years.

During the Roman Period, the only place to find roses was in the Middle Easy. The Romans used roses as confetti, for medicinal purpose, and perfume. There is literature citing that hedonistic emperor would dump rose petals on his dinner guests.

Women of the time would place roses on their face to help keep away wrinkles.

Another citing of roses is from Cleopatra. It is said that she had her living quarters filled with rose petals with the intent to woo Marc Anthory. She wanted him to remember her for her opulence and be reminded of her every time he smelt a rose and her scheme worked.

After the fall of the Roman Empire, the Europeans had a hard time maintaining rose gardens due to the struggle to recover from the onslaught of different armies and raiders at the time. When Charles the Great (742-814) who was the King of Franks Charlemagne, grew roses on the grounds of his palace, the rebound for roses immerged. The Monks were the individuals who were responsible for maintaining to the roses and helping them stay alive, and they then went back to build their own gardens which included roses that had therapeutic uses.

Once social conditions had become stabilized it allowed for private home rose gardens to begin to appear again. A renewed interest in roses was established after increased travel over the world occurred. People began to trade different species of roses and other plants.

In the fifteenth Century, the symbol of a rose was used for the factions fighting for control of England. Each color represented a different fraction: white was York, read was Lancaster. The conflict between the two fractions was coin the name, “War of the Roses.”

In the seventeenth Century, roses were in such high demand that Royalty considered roses as legal tender, to barter and for payments.

In the late eighteenth century the rose was finally introduced to Europe and China. It was in 1824 that Pierre Joseph Redoute created his watercolor collection called, “Les Rose” using Napoleon’s wife Josephine’s extensive collection of roses at Chateau de Malmaison. This piece is considered one of the finest records of botanical illustrations.

William Flinders Petrie was an English archaeologist that discover in Egypt’s tombs, that wreaths were used and made of flowers, including roses. These roses that were woven into the wreath have dated back to AD 170 and represent the oldest presented specimen of roses still living today.

It was during these times that Europe began to see a revolution when it came to growing and breeding roses. When trading increased in East Asian countries, the Chinese Rose or Rose Chinensis was created. Another rose that gained attention was the “Old Blush” rose. These two roses gained a lot of attention in Europe because they had possessed a unique quality – they had the capability of producing repeat blooms in one season. This lead the Europeans to begin to cross pollinate the roses that they knew so well.

This was the beginning of creating hybrid roses. When they discovered they could cross pollinate roses, according to Herb200, “the various classes of roses that existed prior to 1867 were considered to be old garden roses. On the other hand, all new classes of roses developed after 1867 were known as modern roses.” This idea of cross pollinating roses would revolutionize the roses that we grow today.

While the amount of rose species that exist is a heated debate. With the creation of new species through breading, there are well over 30,000 different types of roses, and they are still just as loved as ever.

Roses are considered one of the most loved, and grown garden scrub in the world. Due the revolution of cross breading, most roses that we are familiar with today are hybrid roses, tracing these hybrids back through history won’t be as easy with all the different varieties.

With these changes, our roses today come in a wide range of colors. Their flowers are large in comparison to other temperate regions, and range in size and shape.

When it comes to color of roses, Roses come in a ton of colors: red, yellow, pink, and white. However, Roses lack the blue pigment that would create a purpose or blue color. If you have seen a blue rose, it will be because of a dye or possibly new genetic modification.

The rose is a pretty remarkable plant that can be traced back to times before humans walked this earth. They have survived the test of time and been a favorite throughout the ages. Through documents, literature, and paintings, we are able to get an understanding of the importance that roses played on our ancestors. Each time period, we are able to get a glimpse of how the rose continued to come onto the scene. When travel and trade increased, this allowed for new species to be introduced and cross breading as given us the amazing roses that we have today.

Do you grow roses in your home garden? What is your favorite type of rose to grow? What do you find the most challenging part of growing roses? Please share with us your comments below, we would love to hear your thoughts. 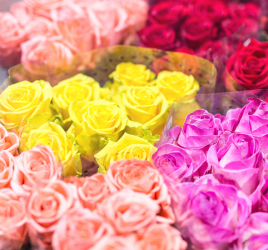 Good and Bad News About the Cut Flowers Industry 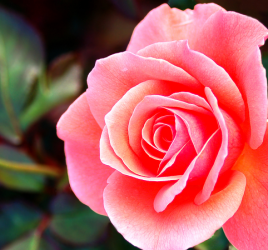 How to Protect Roses in Winter: Gardening Tips 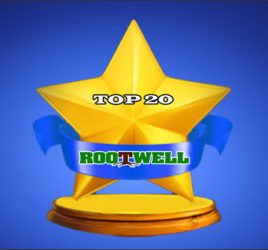